Les Rois Ambigus 2 Berlin
“Who said: “A king without entertainment is a man full of misery”? *Jean Giono, Un Roi sans divertissement, 1947
Ambiguous kings pose the garment as a necessary celebration, the spirit of ceremony, the broadness of forms, the colours of ecstasy, the flexibility of their excess to reach a parody of the dimensions of the universe, the garment as fireworks, ultimate ornaments. Ambiguous kings wear ceremonial clothing with the seriousness of clowns and monarchs, until they lose themselves in their own contemplation.
To be continued….

I didn’t go to fashion school because I followed a more classical course in Literature and Philosophy. One of the literary and philosophical themes that has fascinated me the most is the theme of existential boredom.
The title Un roi sans divertissement refers to the sentence that closes the novel and that Giono borrows from Pascal’s Pensées: un roi sans divertissement est un homme plein de misères (fragment 142 of the Brunschvicg edition).

With this moralistic question, Giono signals and shows that man, in order to escape from his existential boredom through entertainment, can go as far as the fascination of evil.
This theme runs through literature. For me, one of the answers is the artisanal act that the practice of sewing and crochet represents. This is one of the reasons why I have chosen to keep my hands on my production by making almost everything myself in my small workshop in Berlin. This is why the notion of slow-fashion makes sense to me. The pleasure of making, of handmade, of my craft is what gives meaning to my label Tata Christiane.

In this spirit, for me sewing is part of the “True Riches”, in the philosophical and spiritual sense given to it by Jean Giono in the book of the same name.
“We are invaded by the false values and the thousand useless objects that a consumer economy spreads to preserve and develop itself with the help of a few profiteers. But the real wealth is not to be found where we would like to believe. They are in nature and in ourselves; they are therefore accessible to everyone; rediscovering them gives joy and peace.
This is what Giono tells us in “les vraies richesses”. This book was written in 1936, but it seems to have been written for today.
More than an ecological manifesto, it is a philosophical and poetic account of the destiny of man and nature: we have disintegrated spirits by disintegrating the spiritual forces that were necessary for us to live. Humans cannot do without magical dwellings. We are cosmic elements…
Giono is a prophet.” Free Reviews 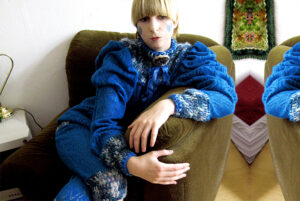 Les Rois Ambigus 2 are still the first steps of the label between Paris and Berlin. The first Fall-Winter unique pieces from Tata Christiane
I was in between the 2 cities,  starting to settle in Berlin.
The first part of the shoot was done in Paris, with one of my best friends, Salim Djaferi, in my flat in Courbevoie.

The second part was shot in my room in Berlin with my roommate, Miriam Glinka.
I did a lot of crocheting, because I couldn’t always carry my machine at the beginning, when I was straddling the two cities. It was an incredibly exciting time. I didn’t really have a clear idea of what it meant to create a label.
I worked for 3 years in a super restaurant in Berlin to finance my early work as a designer. I am very grateful to this restaurant, Schneeweiss, who gave me the chance to work for them when I had no experience in this field.
On the other hand, I also chose Berlin because of the quality of life I found there despite my small income. Berlin is a city which at that time had a low standard of living. It is a great opportunity to start a business.

Read More in the article about Les Rois Ambigus 1 Paris 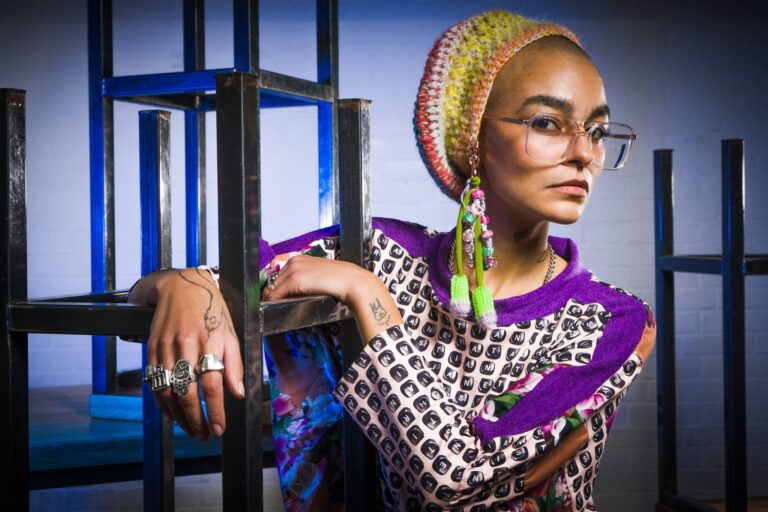 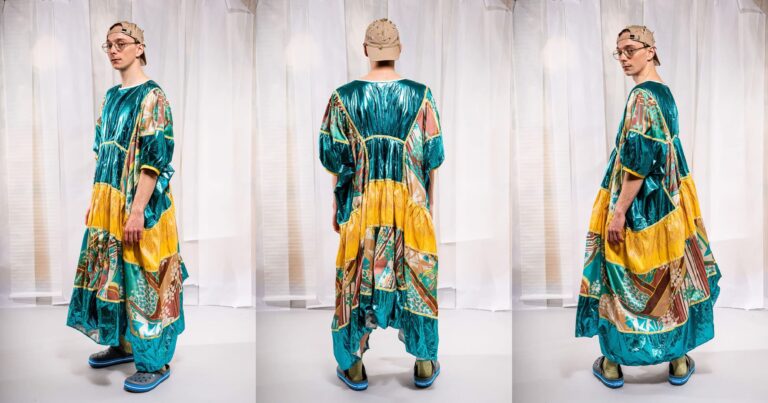 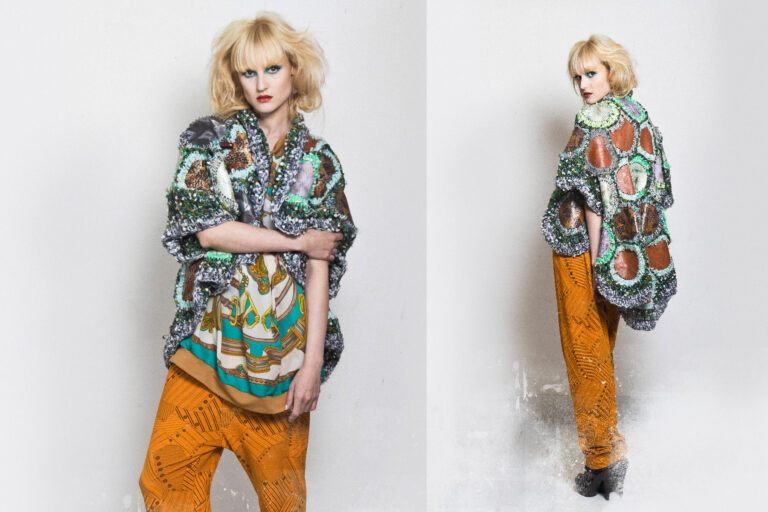 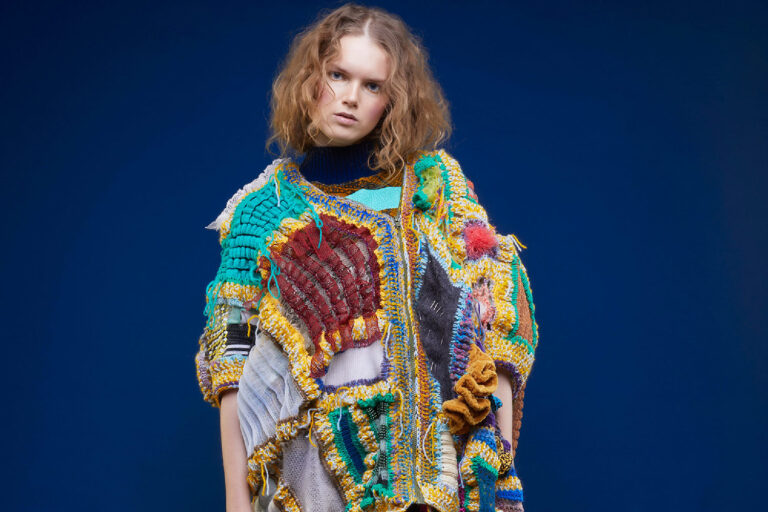